Chihuahuas are the Rodney Dangerfield of the dog world – they don’t get no respect – at least not from the dog world in general. You would be hard pressed to find a dog that is more often dressed up, posed next to larger items to show their small size, villainized-by-association due to the unfortunate celebrities they attract, or misunderstood by those drawn to larger dogs. Yet any owner of a Chi I’ve ever met has been so devoted to the breed that it is easy to see they can be appealing if given a chance.

No breed is more prone to the whims of people when it comes to being costumed. Even Pugs don’t seem to spend as much time being dressed up as the long suffering little Chi.

Of course, some clothing is to help keep the dog warm because they can be prone to chills…but I think anyone would be hard pressed to argue that all clothing is for the sake of the dog. One of the draws to very small dogs is that they allow people to costume them. It takes much less time to make a Chi costume than to make a Mastiff or Great Dane costume — and the bigger the dog the harder it is to deal with resistance if the dog doesn’t feel like dressing up that day.

And of course, sometimes we do dress our canine friends up to amuse ourselves – and some dogs do genuinely seem to enjoy the attention that comes with being the center of action. But if one is born a Chihuahua, it seems one is predestined to wear clothes.

It is a good thing that the average Chi has a good sense of humor. Not all breeds could put up with the whims of owners with as much grace as these pups do.

Another big cross the Chihuahua has to bear is constantly being positioned to showcase just how small they are — people love to take pictures of these pups in tea cups, next to soda cans, cell phones — or just much bigger dogs. What they lack in physical stature though, they make up for in attitude.

They have a tremendous amount of tolerance for people.

Considering what people put them through, this is saying a lot.

Sometimes Chihuahuas get a bad rap in the personality department … and truly, no dog can look more vicious when putting on the mean face.

Any dog however, if not given a routine and clear boundaries becomes emotionally unstable and unfortunately, Chihuahuas have attracted more than one person who thought because of the breeds small size there was no need to create routines and boundaries for them.

This is a trainable breed; not everyone attracted to the breed is willing to put in time to train them. Chihuahuas are clever enough though to excel learning tricks, if that is what their people are interested in teaching them. 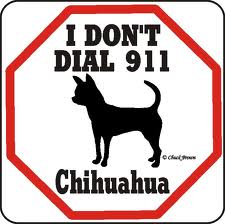 They also make awesome watch dogs and will let you know if anyone, or anything, is encroaching on their territory.

They come in long and short haired varieties and a range of colors, including merle, tricolored, red and white, black and white, and cream.

What I find most distressing about the current situation of the Chihuahua is the plague that celebrity has been to these tiny, tough, tolerant pups.

Due in part to the current popularity of purse dogs, and to movies that feature Chihuahuas – like Beverly Hills Chihuahua – a lot of people have temporarily owned the dogs only to abandon them.

Currently, the Chihuahua is the most common small dog in shelters and rescues. They are just behind Pit Bulls for numbers in shelters waiting for homes – literally thousands of these wee dogs are waiting to be adopted and some will never have the opportunity to know a good, loving home. What a terrible price to pay for unwanted, fading popularity with the wrong people. 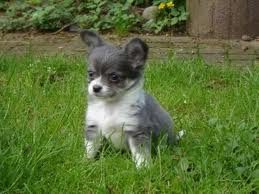 Like any breed the Chihuahua isn’t for everyone. However, these pups can be remarkably hardy, good with children and other animals, are trainable and willing to please – if people give them the chance. 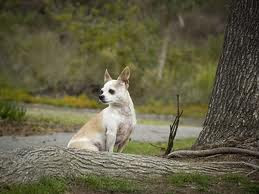 This breed doesn’t demand to be carried and dressed up; people choose these activities for the breed. Chihuahuas do love human companionship and this is what they have always been bred for…to be companions to people.

If a diminutive statured dog with big attitude would fit into your life, consider adopting a Chihuahua or mix. They will reward you with many faithful years and a really big attitude for life. 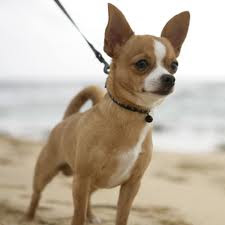 Plus, they will be tolerant if you absolutely have to try that cute little outfit on them.