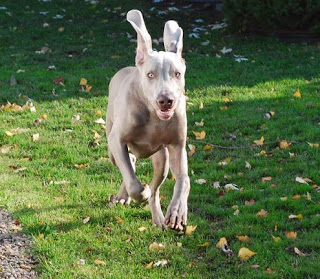 When I was growing up my cousins had a very large grey dog named Friend. Friend was a Weimaraner. Friend impressed me for several reasons.
First, he was very handsome and very friendly.
Second, he was incredibly obedient. 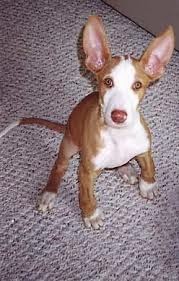 When he wasn’t in the house Friend had a pen in the back yard with a fence that was so short I could step over it. When I asked my aunt why such a big dog would stay inside such a small fence she said, “Because he knows I expect him too.” 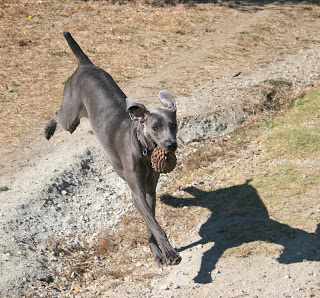 I’ve known other Weims and I’ve found this to be a very likeable breed. This is a very athletic breed, designed to spend a day in the field hunting anything from boars to birds. Friend’s good behavior owed a great deal to extensive training and exercise that my aunt provided.

Weims have a very low rate of hip dysplasia, particularly for a large breed. They also have a high prey drive, as one should expect with a breed that has hunted so many kinds of game for generations. This is a breed that does best with active people who put the time into training.

The pay off is a lovely dog who is devoted to their family, so devoted that they don’t do well with too much separation. Sensitive, attractive, athletic — does this sound like a dog for you? Adoption is an option for this breed; they are to be found in shelters and through breed rescue. 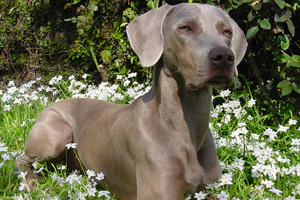 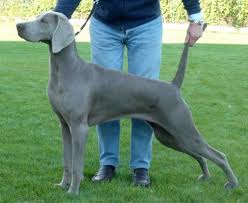 For some really fun and lovely Weim pictures search out the work of William Wegman.